​On Sunday 13th March our association hosted its first League Championships of 2022 in Redhill, Surrey.

This competition is the first of three events this year where competitors can win medals so as to accumulate points towards their end of year overall total for individual and club. The competition is only open to our association members and is designed to be a good introduction to competitions. unlike other competitions, we use a re-qualification system on the draw meaning if a competitor loses a round then they have another opportunity to compete on the bronze medal draw. This gives everyone at least two opportunities to perform at each event.

The grading went ahead with much reduced field of candidates. Covid19 once again impacting the best laid plans and showing that it has no respect to those who have worked hard preparing themselves mentally and physically to test. Once again, students were comprehensively tested on their line work, patterns, step sparring, self-defence, theory, and destruction. Due to the reduced numbers and a requirement for partners, Mr Fox-Longdon had to step in to perform  the three step and two step sparring sequences; which luckily didn't seam to phase the students too much.

We are herby pleased to announce the following promotions

Congratulations to both of them! 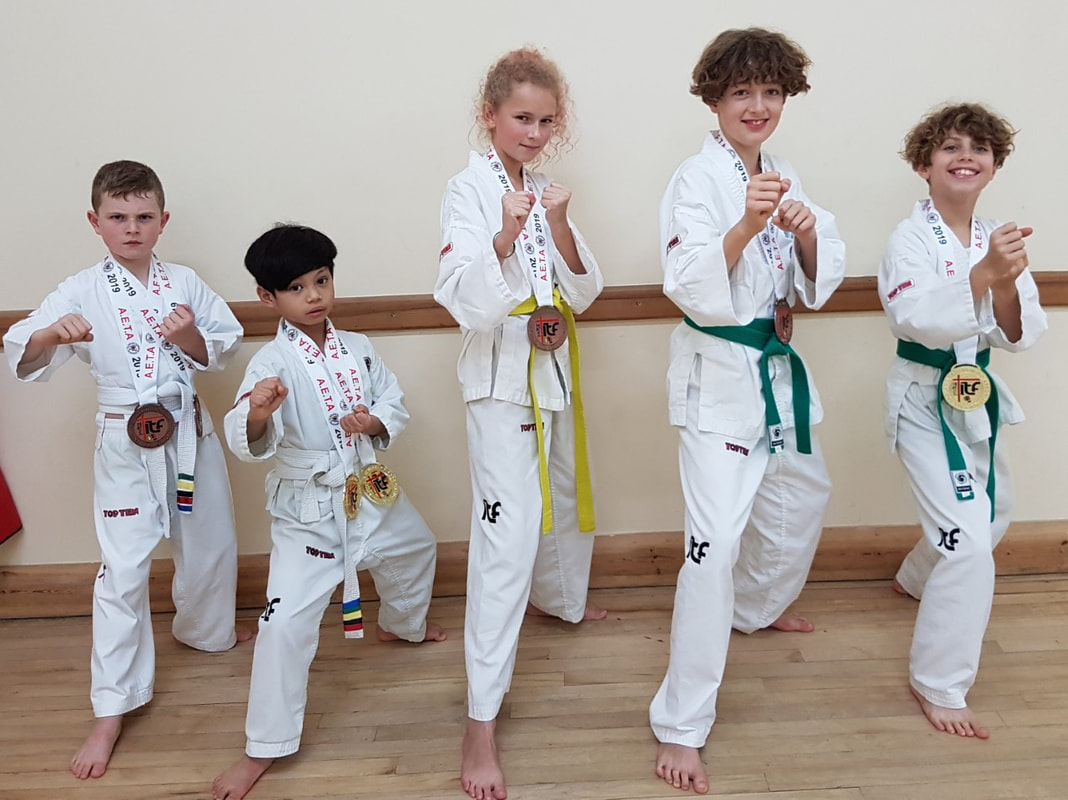 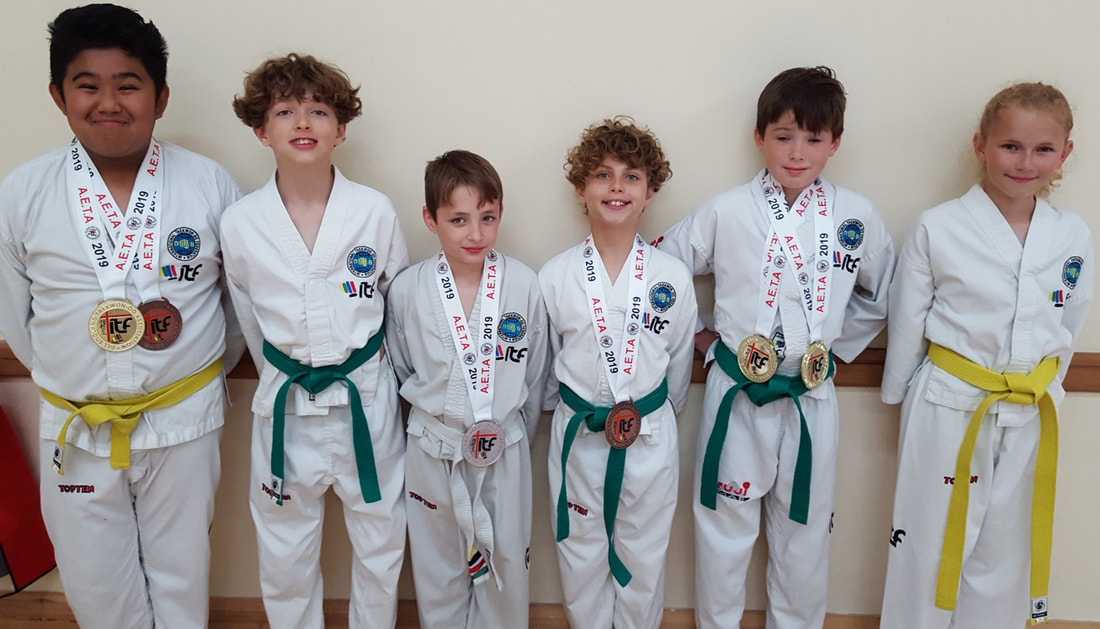 Six brave Camberley students competed at the second leg of the 2019 AETA competitions in Alton. For some this was the first time for competing - an achievement in itself! Unfortunately some of our students were very unlucky with the draws, but hopefully a valuable experience was gained to build on in the future.  An excellent set of results was achieved;

Mrs Fox Longdon and Mr Fox Longdon both attended the 141st International Instructors course (IIC) in Cardiff. International Instructor Courses are a requirement for black belts wishing to test to 4th degree and above and are a great way to train with some of the most experienced Taekwon-Do Masters in the world and meet fellow black belts from around the world. There were 110 participants for this IIC ranging from 8th degree to 1st degree balck belts.

This IIC was hosted by ITF Wales (AA) and organised by Mr Ernest and Mr Jeff Brider. The training was led by three members of the ITF Technical committee; Grandmaster Marano, Grandmaster Lan and Master McPhail. The each member of the technical committee taught different aspects of taekwan-do over the 3 days. Topics covered included:
- Performance and technicality of all 24 patterns
- Ideal rhythm and speed of patterns
- Fighting from the ground
- Self-Defence
- Methods of teaching difficult concepts
- Sparring drills

Master Lear in his role as a member of the ITF Board was asked to officially close the IIC at the end of the three days. Master Lear paid tribute to the organisers for very well run course noting it was the first IIC to ever be held in Wales.

Some of the most exciting days of the Swift Fox TKD calendar are the grading days and the 23rd March was no exception. The 3-6 year olds graded first and impressed all the instructors present with their exceptional knowledge of TKD theory - nearly every student achieved 100% on their theory. This demonstrates excellent perseverance and effort in learning their Korean words. One of the highlights was the 'animal impersonations' in which two of our student won prizes; Aydin for the best 'grass snake' and Ria for the best 'squirrel'!

A special mention should go to Inaya, from the Camberley class, who graduated up to the Junior level and swapped her 'TKD Kids' orange belt for her brand new white belt! Well done!

Later on in the day, the Junior TKD students (7-12 year olds) did their green tag grading. All students were tested rigorously on their theory and physical Taekwon-Do ability. The standard was very high - but Farnborugh student Tori excelled herself by achieving a perfect 30 out of 30 score - and unprecedented result and well deserving of the highest achieving student trophy!

Bobby, a Camberley Junior TKD student won the 'Pumping Side Kick' competition, beating over 40 other students to the side kick trophy.

Mr and Mrs Fox Longdon are extremely proud of all their students' achievements and left the grading with big smiles! Well done everyone!

The IUC covered many different aspects of umpiring from officially opening a ring to the procedures for scoring special Technique. Although Mr Fox Longdon has been umpiring for several years, the course offered many new experiences and clarified several queries regarding interpreting the rules. The IUC was Mr Fox Longdon's first introduction to the electronic scoring system used at international competitions for both patterns and sparring. He was also introduced to "Coaches Eye" and app that allows video's to be slowed down, zoomed in and annotated in real time. This was very useful when trying to ensure consistent scoring. This allowed a video to be watch and scored in real time, before checking the scores by viewing the footage again in slow motion and even watching a single technique several times to highlight a technical point.

Although there was a lot crammed into the two days, Mr Fox Longdon enjoyed the course and is looking forward to more umpiring at competitions throughout the year.

Over the summer, our students have been on all sorts of adventures, practicing their side-kicks along the way. We had a lot of fun looking at these, but the winners are Juliette (Camberley) and Eve (Farnborough). Both win their very own Swift Fox TKD mug complete with their winning photo on it!)

Fabulous performances today by all our tag students with over 100 students grading during the course of the day. As usual, the TKD kids class (3-6 years) were required demonstrate attacks and blocks relevant to their levels. They also answered theory questions on the techniques and the 'strongest five' character they have learnt about this term. This was interspersed with lots of games, pattern demonstrations from the black belts and healthy snacks to keep up the energy levels. For one student, Juliette, this was an extra special day as she completed the TKD Kids syllabus and earned her white belt. They are now ready to progress to the Junior TKD class.

Most of our Junior TKD Class (+7 years) were testing for their 'Black Tag' today. They were scored out of five for the physical elements which included Dwit Chagi (Back Kick) and Nopunde palmok, yopbap makgi with a bandae jirugi (High forearm side front block with reverse punch). We were pleased to see several students getting fives for these techniques. Most then went on to get all ten theory questions correct too. Those with three tags or more were required to perform Saju Jirugi whilst those completing the Junior Tag Syllabus were also required to perform pattern Chon-Ji.

Another significant milestone was achieved by Dallen in the 'Junior TKD' grading. Having completed all the staged of the junior grading syllabus, Dallen was awarded his 8th Kup, yellow belt. Well done!

Another hugely successful day was had by six Swift Fox Taekwon-Do students (and instructors) at the VTA Competition in Alton.  First up were the black belts, including Mr & Mrs Fox Longdon. Mr Fox Longdon put on a great display in patterns, coming away with silver. Mrs Fox Longdon demonstrated that size isn't everything when it comes to breaking, winning gold in the power test.

After competing, the black belts got changed to referee. In patterns, Kira Miraoui confidently did Chon-Ji, beating many higher grades performing more complicated patterns, winning a bronze medal in the process.  Ryan Hillier put on an incredibly impressive performance of his recently learnt Dan Gun, winning the Gold against far more experienced competitors. Well done!​
Swift Fox Taekwon-Do students were also extremely successful in the sparring. Kelly Scott showed a great determination and came away with a well-earned silver medal, again against people several grades above her. Kira Miraoui won her second medal of the day, a silver, losing only to her twin sister, Leila Miraoui, who took gold! A Swift Fox TKD final was the perfect finish. Both girls were outstanding, as their success included beating at least one competitor three grades above them! Their brother Sami Miraoui, also put on a confident performance in patterns and sparring and although unsuccessful this time, was fantastic at cheering his sisters and team mates on
Special mention must be made of Rachel Scott. Our smallest and youngest competitor was also the most successful of all the Swift Fox TKD students. She fought against people far larger and more experienced, but was completely undaunted! At this, her first competition, Rachel came away with a bronze medal in special technique, a silver in patterns and a silver in sparring! Wow!

We are extremely proud of you and you demonstrated all your hard work and dedication to Taekwon-Do! Well done everyone.
​

Over the summer holidays, we set the challenge to Swift Fox Junior TKD students to do a side kick and/or the plank and to get their photo taken. We will be judging them on technical accuracy, as well as location. Entries will be uploaded below. Which photos get your vote? 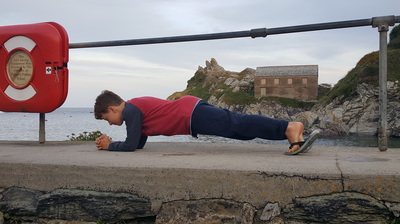 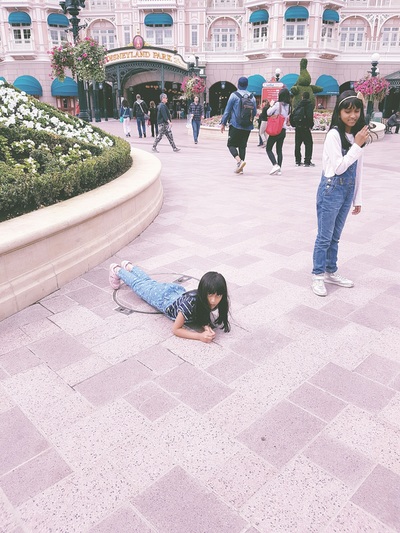 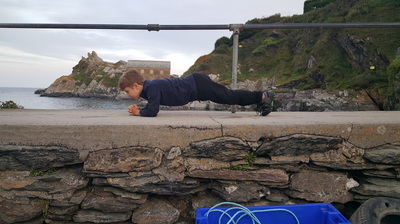 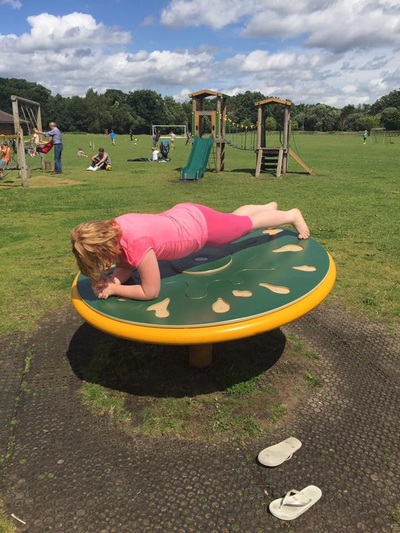 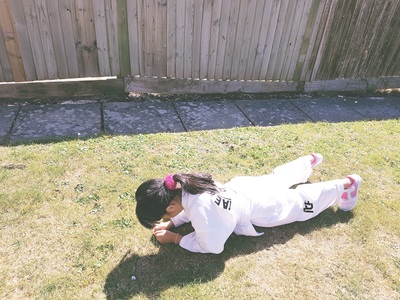 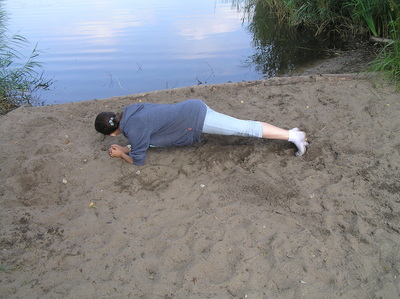 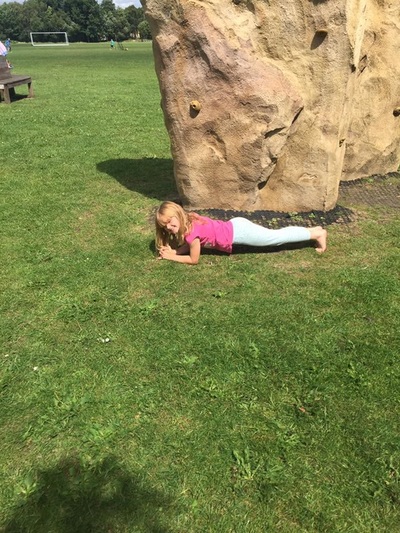 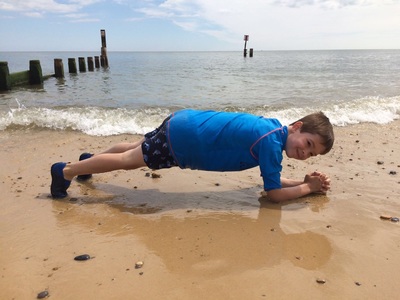 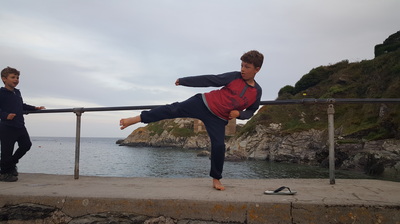 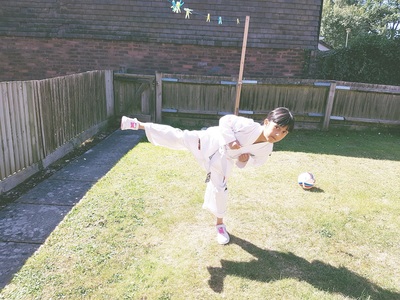 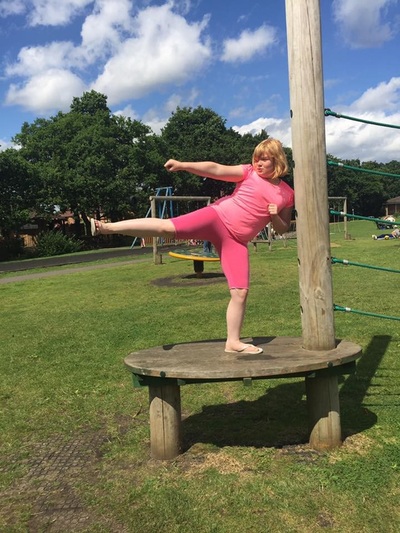 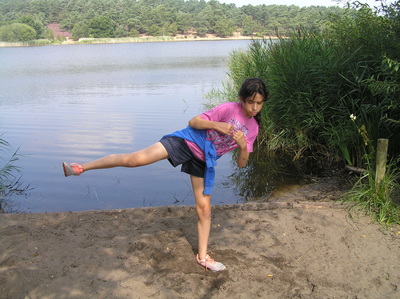 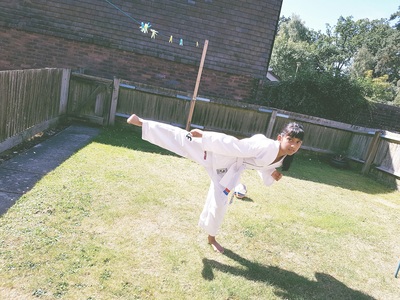 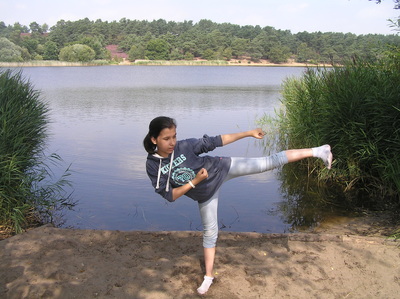 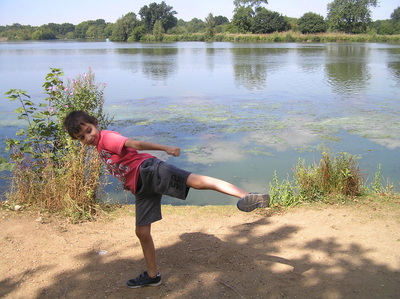 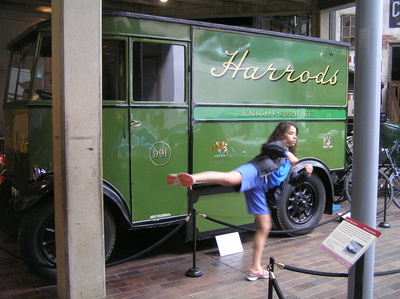 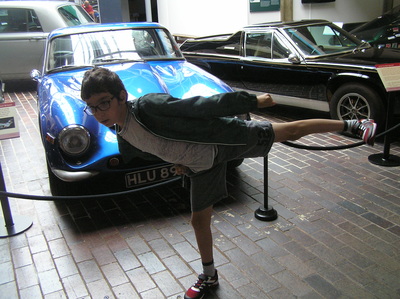 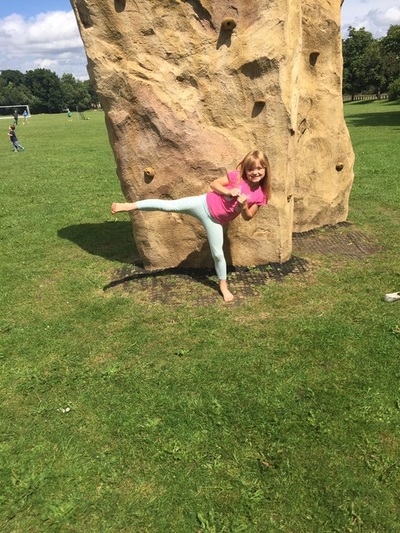 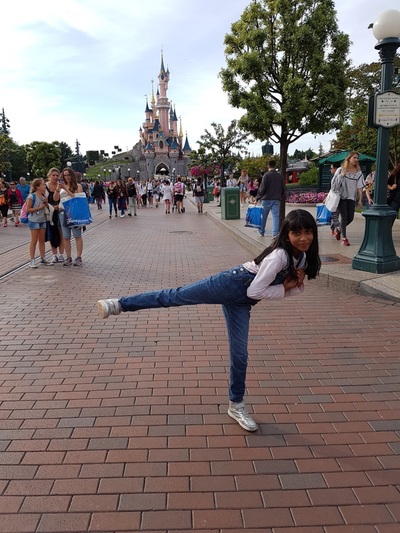 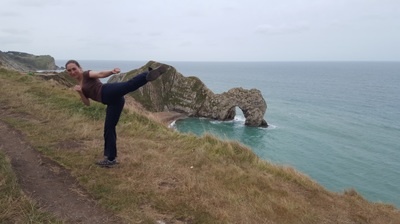 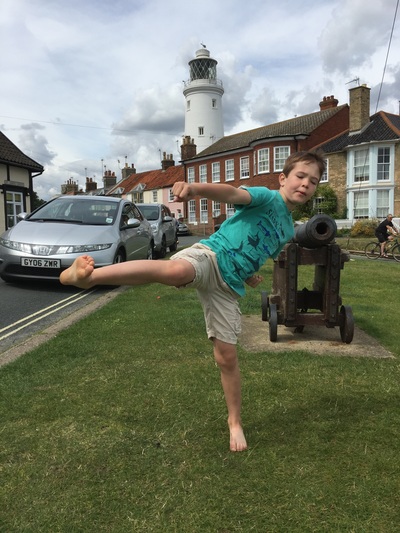 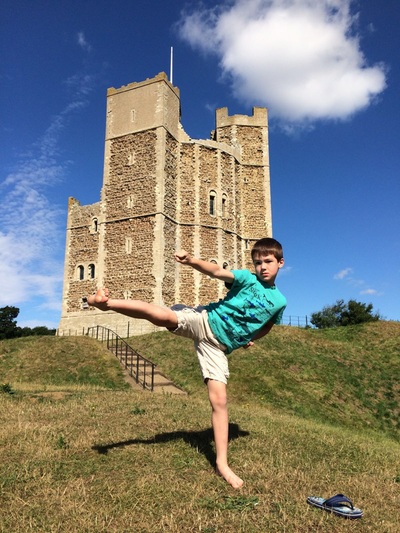 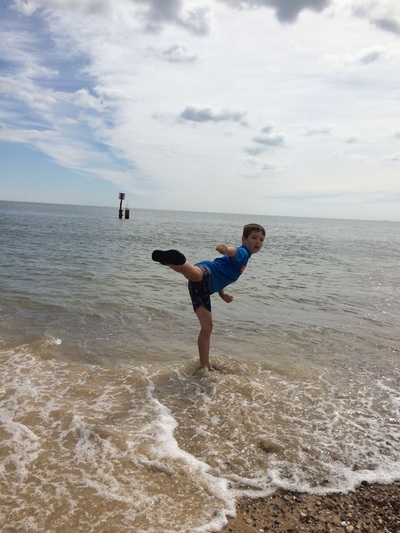 Winners of Side Kick photo competition 2015

Vision Takwon-Do to which Swift Fox TKD is affiliated hosts a number of Taekwon-Do seminars throughout the year. This one was free to all Vision members and was an opportunity to learn/practice some specialist skills for which we don't always have enough time for in class. 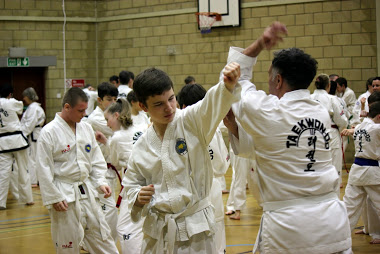 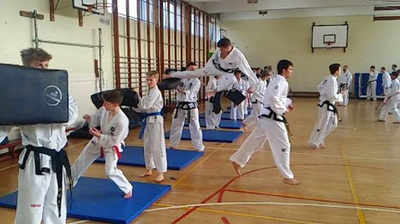 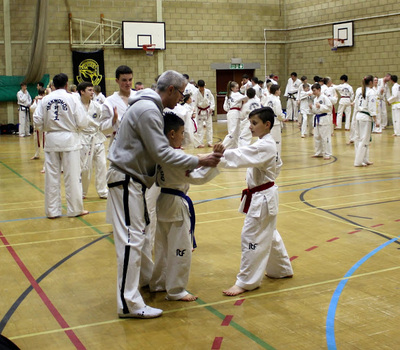